In her alumni interview, Duke TeachHouse inaugural fellow and mentor Ashley Pollard (Trinity '15) discusses why she became a teacher, the impact of TeachHouse on her career as an educator and policy-maker, and her favorite TeachHouse memory. Ashley graduated from Duke with a BA in Public Policy and minor in Education in 2015. She currently works as a Legislative Fellow for the Philadelphia City Council.

Why education? Why did you become a teacher? 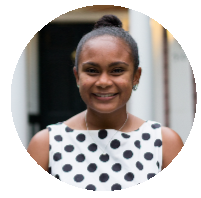 It’s a big question. I think that inequity and disparity really drove my decision to become a teacher. I first experienced that in an independent service project in undergrad where I taught a summer math course in Belize (which is also where my parents are from). The students I was teaching would be considered special education students in the United States. Some of my students were deaf, others had learning disabilities, some had physical disabilities, and all of these students attended a school separate from their peers because the public school system would not serve them. This experience gave me a window into their lives and the experience of being classified as “other.” These students wanted to attend the public school system with their peers, but the school system just didn’t have the resources to meet their needs.

My time in Belize led me to think about policy decisions, but I knew that if I was interested in policy and how decisions are made, I also needed to understand teaching and what goes on in the classroom. That’s really what led me to pursue teaching. I also just generally believe that kids are the most important people in this world and that it’s the community’s responsibility to serve students. Students rely on adults, and the best way we can do that is through our public education system.

Why Duke TeachHouse? How did you become involved?

I was part of the inaugural class of TeachHouse, which was really exciting! I remember Dr. Riggsbee [the Director of TeachHouse] coming into one of my Teacher Preparation classes to introduce the idea of Duke TeachHouse. On our graduation day for the Education Minor, that’s when Dr. Riggsbee publicly announced that TeachHouse was going to begin. At this time, I was starting as a beginning teacher and I knew that I would need some support. I think the idea of being connected to Duke, to Dr. Riggsbee, and to professors who I completed the education program with would really help me in my beginning years. Beyond this professional network, I would also be living with other beginning teachers and some veteran teachers. The idea of having a shared space and a shared community to reflect and to bounce ideas off of was really exciting to me. Graduating but still having some supports as I entered into this brand new career that is the hardest job out there was really important.

What was the most memorable part of your experience in Duke TeachHouse?

There are certainly a lot of memories I have from the house. There were these moments that were spontaneous moments among fellows, and I’ll always cherish those informal interactions and conversations. But honestly, I think the most memorable moment was when we traveled to Finland.

There was only one day during the week we were in Finland that it snowed. We were in Helsinki and were bummed that it wasn’t a lot of snow, but thought it was kind of cool anyway. The day after it snowed, we took a trip into a more rural area and visited a preschool. I don’t know how young the youngest kids were--probably about one or two, maybe? But I remember we followed a group of three-year-olds out into the forest in the snow. They suited up--put on their snow suits, their boots, their gloves--and the educational and academic task for them was to play. Their teachers brought little magnifying glasses and maybe few other materials, but the focus was on the students’ imaginations and their interactions with one another. We were even invited to sit at this imaginary fire and roast marshmallows. That moment was really beautiful because we truly saw creative play happening.

This memory stands out for me because it reminds me of what’s important in teaching, and although I wasn’t a preschool teacher I still really believe in the power of early childhood education. In our schools, I believe we need to focus more on socio-emotional development and play. Even though I was in second grade, which is the year right before standardized testing begins in most states including North Carolina, there was definitely a pressure to get my kids to start thinking about standardized testing and to get used to their accommodations. While that’s important and we can’t change that standardized testing starts in third grade, I think that we can both prepare our students for what’s coming and focus on them as the center of their own development. My time in Finland really rounded out my perspective to focus on kids, and play, and social-emotional development, and I will always remember that.

Describe your path after your TeachHouse fellowship. How did TeachHouse impact your future work?

As I mentioned earlier, I had an itch for policy and thinking about decision making in education at state and local levels. I pursued my Master of Public Policy immediately after teaching. During my time in graduate school I also interned for the Council of the District of Columbia on the Education Committee. I would say that TeachHouse helped me to be a stronger elementary educator and it also helped me to start shifting my perspective to start thinking about the bigger world outside of my second grade classroom. That paired really well with my work at the Council.

In Durham, my school was a pretty diverse school racially, ethnically, and socioeconomically. In our TeachHouse meetings, I would be surrounded by high school educators and teachers who were teaching in different socioeconomic school makeups and racial and ethnic makeups. TeachHouse broadened my perspective of teaching and education and the needs for students beyond what was going on in my classroom, and my work for the Council has expanded on that in a new way. DC’s school district is very large and it is 50% public schools and 50% public charter schools. It’s a very different landscape than Durham, but I would say TeachHouse really prepped me to understand differences in education systems and differences in student needs beyond what was happening in my second grade classroom.

What advice would you give to future early career teachers?

My advice to early career teachers is to reach out to folks in your circle; to connect with other educators both beginning teachers, early career teachers, and veteran teachers; and to really build out your network of people who care about you and who care about your work. I think that had I not been surrounded by people in my personal life and in TeachHouse who cared about me as a teacher, who cared about me as a person, and who cared about my students, I would have felt really isolated because teaching is one of the hardest jobs out there. There’s nothing else like it. The best thing for me was to be able to connect with others who either understood what I was going through and could relate directly or who were willing to give a listening ear. It was really important to graduate with some supports and enter into this brand new career that is the hardest job out there.

Give Teachers a Place at the Table: Chronicle Op-Ed by TeachHouse Alumna Emily Stout
February 2020

A Supportive Community for Teachers
April 2018

TeachHouse featured in The Chronicle
September 11, 2015